What do I want to let go of this year? 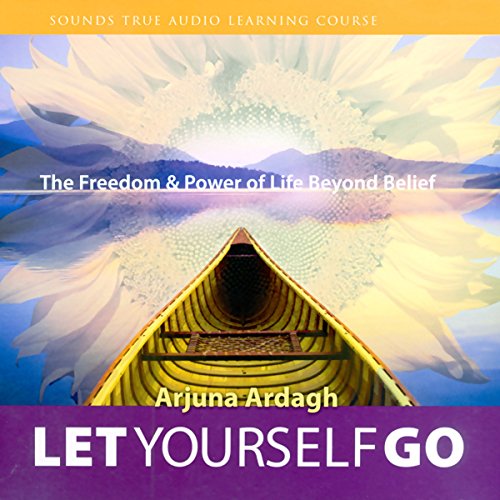 One of the aspects of this production I really enjoy is that often following a deep teaching, there is atmospheric music to give you time to reflect on what you just heard before jumping into the next concept.

THE NATURE OF BELIEF

Where do our beliefs come from?

I would suggest listening to this preview which provides some background regarding Eckhart Tolle's awakening:

He was a graduate student at London University, studying actually literature. But he was extremely depressed. He was living in a one room, bed sitter, that means a room which has the bed and couch and cooking and everything in the same room. That's just like one room. They call it bed sitter in London in an area called Belsize Park. And he was extremely depressed, so depressed, that he told me that at that time, all he could think about was suicide.

Every day, he was just contemplating ways for how he could end his life. One evening, at the absolute pit of his depression, he was alone in his bed sitter didn't really have friends, relationships, no girlfriend, just not much going on, much to live for. And a thought arose for him. A simple thought, I can't live with myself anymore. I can't live with myself anymore.

Now, the myself he was very familiar with it was all these thoughts and feelings of depression and hopelessness and despair. But he asked himself for the first time, what is this 'I'? Who is it, who is aware of the myself but can't live with it?

And finally he went to sleep. In the morning, when he woke up. He looked out of the window, he heard the sound of a bird. And there was only the bird heard. And no thought, interpreting or evaluating that birdsong. He saw the movement of a branch with a blossom, and there was just the movement experienced, seen and no evaluative process interfering with that experience. He went out for a walk. And the way he describes it is that everything was beautiful, because it was no longer interpreted through concept.

That's just one story. I want to start with that story with us in this session, because it's well known, it's a good reference point. But over the last years, I have interviewed and surveyed thousands of people who have passed through exactly the same kind of shift. The shift may produce different kinds of feelings, experiences, body sensations, there may be shifts of energy through the body, there may be feelings of tremendous love or relief, there may be bursting out laughing. But at the essence of this shift is always the same recognition. It is the direct experiential recognition of that to which the 'I' points.

Our points of view are flawed when we ask the question 'Is this true.'

Everything we say or do is an attempt to complete the sentence 'I Am.'

When we 'awaken' to the truth, we discover we are mysterious and undefined. The issue we fall into is one of a fixed mindset where we are unable to separate ourselves from our false points of view.

It's where our personal reality (the hallucination) becomes more sacred the life itself. When end up defending our position because of our belief in who we are.

One: A matter of life and death

People will fight to the death to defend their beliefs. We saw it during the pandemic when thousands of otherwise intelligent people refused to get vaccinated, many of whom ended up dying from the very disease the vaccine was developed to fight.

Two: Everything has an opposite

The billion+ dollar industry of personal development is built on the premise that the opposite is true. For you to improve assumes there's a you who is flawed - someone who needs to be corrected. But it's just a point of view, isn't it?

We seek out advice to improve, not worsen ourself.

A large majority of my own decisions have been driven by the pain I felt of being excluded as a young child. I decided at some point early in my life that I would do everything within my power to make sure no one is ever excluded.

The beliefs we identify with are actually driven by their opposites which we have pushed into the shadow.

We are driven to earn more money because of a deep hidden belief that there is not enough.

To be free and let yourself go, you must be willing to let go of having any point of view whatsoever. Like Wargames, the only way to win is not to play at all. So begin to recognize your points of view for what they are: hallucinations rooted an experience that happened to you.

At the very least, embrace both ends of the points of view - your view and the opposite of your view. Doing so will allow you to begin the process of letting go.

Three: We create our experience

Do our forgone conclusions predispose us to what ultimately unfolds in our experience?

Does the idea of who we are determine how we show up, and therefore ultimately what happens to us?

I'm reminded of the story from Earl Nightingale about a salesperson who went to Carnegie for referrals. He succeeded because he falsely assumed the referrals were people Carnegie knew, when in fact, the list of 10 references Carnegie gave him came straight from the phonebook!

From the points of view we carry, reality will show up to prove us right. Even the slightest belief in something can cause our overactive minds to find evidence and our RAS amplifies.

I'm drawn to biographies to see evidence of this. It's likely the itch that became my obsession with 50 Interviews. It's that those who achieve success had the mindset of success before it happened for them.

The clearer the vision, the stronger our point of view, the more our lives will reflect our POV.

Four: Points of view have levels

Levels: * Mental (thinking) - via logic Ex: Enough Money - we will always * Feeling - gets us closer to liberation * Physical - * Pure Energy *

Five: You can feel without a story

When we see how feelings can just arise in the mind without a catalyst, we can begin to see how easily we can let a feeling go. The problem arises when we create a story around the feeling.

In this lesson Arjuna demonstrates how quickly we can conjure up sadness, anger, pride, grief, excitement and pretty much any emotion we want on cue. We can let the feeling go as easily as we let it arise. Without a story! For now reason at all!

So where did we learn to connect stories to feelings?

This is a very powerful concept to grasp next time you are feeling something you don't want. When we attach a story to that feeling, we have a much harder time letting it go... but when we learn that feelings can arise without reason, we find it's easy to let them go.

Six: Whatever you feel becomes love

Seven: There is no negative energy

Miten: All Is Welcome Here

Nine: The deepest is always hidden

Letting go is essentially a profound acceptance of the present moment. To be able to accept what is, we have to relinquish our hold on how we wish things to be.

The transformative process of letting go is a gradual journey, to be able to set aside the emotional baggage that we carry we have to find a way/train ourselves to stop living in the past.

Becoming more attuned to the present does not ignore or suppress the past; the past will actually show up in the present as pathways that lead back to old behavior.

The shift comes when we change our relationship to the options that keep popping up in our mind when difficult things happen.

The pull to behave in old ways weakens over time as we keep choosing to behave in new ways that honor the present more than the past. How you focus your mental energy can determine the future of your life.

When the mind starts feeling lighter, when we feel more ease when we think about the future, when the past no longer feels like a dark weight we have to carry, when our reaction to hard moments is no longer as intense as it used to be – these changes start slowly but with time and intention they become significant.

One of the biggest leaps forward is when our perception is less driven by old tough emotions and is more focused on taking in what is actually happening without making hard judgments. To be able to see and live with a fresh mind that is no longer in survival mode is a gift that we can only give ourselves.